Malden was settled by Puritans in 1640. The area was originally called the "Mistick Side" and was a part of Charlestown. It was incorporated as a separate town in 1649. The city originally included what are now the cities of Melrose (until 1850) and Everett (until 1870).

Malden is approximately 5.08 sq mi with a population of about 60,000. Like many communities in New England, towns and neighborhoods are organized around squares, located at the crossroads and town commons dating back from the colonial times and the early 19th century. Many of the neighborhoods take their name and identity from the main square in their area.

Some of the neighborhoods in Malden include Faulkner, West End, Edgeworth, Linden, Ferryway, Forestdale, Maplewood, Bellrock, and Belmont Hill. 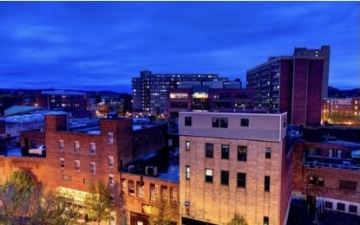